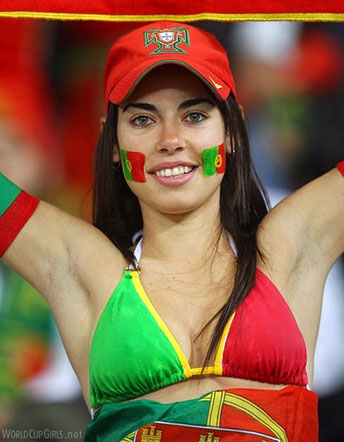 Portugal has had its fair share of problems over the last 50 years or so, not least of which has been overcoming the legacy of a brutal dictatorship from the revolution in 1974 when democracy was established. So the current day Portuguese economy in some ways is a young one and through all the difficulties of the last 5 decades some world leading companies have emerged.

A leading business magazine here in Portugal (Exame) has had a look at what it considers to be 25 Portuguese companies that have really had an impact on the world stage and here we look at 10 of them in an effort to showcase just how successful some sectors of the economy have been. Few of them would be considered large companies on the international stage, but they key thing is how they have grown to dominate their particular niche.

COLEP: world leader in the packaging industry for personal hygiene and cosmetics. Portugal has a strong packaging industry, but most of it is in low margin, basic packaging, but COLEP has seen its success mainly in high margin, high tech packaging sectors.

Mar Kayaks: global leader in the manufacturer of premium kayaks, supplying most of the elite level kayakers in the world. A testament to the quality of the highly skilled labour necessary to build this kind of premium product.

Feedzai: a world leader in developing Artificial Intellegence software to combat fraud and online payments. The IT sector in Portugal has been a major good news story in recent years and it has been built on the back of the quality of IT graduates being churned out by the leading Portuguese universities.

Vision-Box: the leading international supplier of face recognition technology for airports. The company was born out of the Lisbon-based technology incubator, INETI, which reflects the success that Portuguese research institutions have had with transferring technology to the private sector (Porto based INESC is another good example of this).

Petratex: one of the most innovative companies in the world for clothing and textiles for sport, notably holding patents for no-sew technology where fabric seams are glued rather than sewn. The Portuguese textile sector has seen a revolution over the last 20 years, reinventing itself from a cheap and cheerful supplier of low end clothing, to becoming a leading force in mid to high end clothing production in Europe.

Corticeira Amorim: Portugal is by far the world leader in production of cork, with more than 70% of the world market share. Of this 70%, Corticeira Amorim accounts for around half, making it the behemoth of the cork industry. Amorim has managed to preserve its position at the top of the tree by investing in technology to allow cork to fight back against the march of synthetic stoppers and through aggressive acquisitions (Portugal would be well served to have more such aggressive companies if it wants to grow more world beaters).

Sovena: with 15 thousand hectares of olives it is the biggest olive oil producer in the world. They have grown through investment in technology to increase yields, reflecting a massive investment in Portuguese agriculture in general over the last decade or so, focusing on intensive agriculture (in particular soft fruit and salad) and large scale irrigation projects.

Navigator: world leader in the production of premium quality office paper. The company has grown through investments of over 200 million euros in its production facilities, benefiting to a large extent from EU funds to help support this investment. EU money continues to pour into Portugal and for the canny companies that manage to get a slice of it and put it to good use, it has been of enormous benefit.

FEPSA: a world leader in the production of felt hats. A niche market maybe, but it is worth mentioning because its success is built on the quality and know-how of the craftsmen and women who make the hats. In many ways Portugal’s most valuable asset is a highly skilled, well-motivated and relatively low wage workforce, so often let down by poor management, but ready to take on the world given the chance.

So there it is, 10 Portuguese companies, big and small that in their own way have taken on the world and won. Portugal is a country of so much potential – with the right leadership it could be so much more than it is now though. Increasingly international companies are coming to Portugal to take advantage of some of the conditions that the country has to offer – if your company is thinking of investing in Portugal, please contact us to find out how we can help make Portugal work for you and your business.