Brexit – a view from Portugal 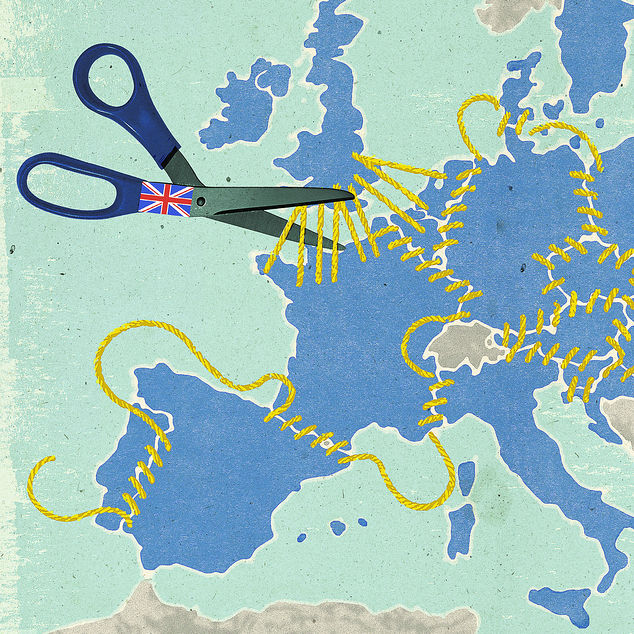 Brought up in England, with a Dutch mother but having lived in Portugal for 18 years, my natural inclination is pro European; furthermore I find nationalism in all its guises crude and often offensive and so it might come as a surprise to many that were I still living in the UK I would be voting to leave the EU in the referendum.

If my instincts are pro European then my mistrust of the European project comes from the fact that it has been run so badly to the point of being dysfunctional, corrupt, undemocratic and economically illiterate. The key problem with the EU is that it is run by self-serving technocrats more for their own glory rather than the benefit of the mass of people they are supposed to represent. As a result, European money is spent appallingly badly, most notably in the poorer countries like Portugal, where the profligate EU sugar-daddy keeps on handing over cash to further spoil the Portuguese brat economy and in doing so, does it no favours. Portugal had had hundreds of billions of Euros shoveled its way and as well as the utter waste of vanity projects and the borderline and not so borderline corruption that it encourages, there is also the large chunks of cash that are bitten off by the consultants and administrators of the system; then worst of all when the cash finally reaches private businesses who should be able to use the money to transform themselves from unproductive, inward facing caterpillars into mighty butterflies to spread their wings and take on world markets, it all too often becomes a crutch to support unproductive companies, preventing the natural creative destruction that should be forcing businesses to innovate or die.

It is all a bit like FIFA – there comes a point when you decide that the whole organization is so badly run and rotten, that you may no longer wish to be a part of it: that doesn’t mean that you have stop liking football though, it is just the clowns who organize it.
There is of course a risk inherent in the turmoil that would be generated by an exit, but latching the UK’s fortunes on to the EU is not itself without risk; a far bigger risk for example would be allowing Jeremy Corbyn or some other left wing nutter to run the country, but that is generally treated as manageable. Political and economic risk is the meat and drink of running a country and the outcome of either staying or leaving is a calculated risk, rather than a reckless leap into the unknown.

There is one final bugbear that I have with the EU, which is the hypocrisy of the leaders who define its destiny, be they the unelected technocrats of the national leaders – there is a lot of hot air about the EU being built in the broad interest of all Europeans, but the reality is in virtually every case, policy is determined by self-interest. The technocrats want to broaden their power base, so they try and infiltrate their particular area of interest into every nook and cranny of national life and the national leaders who claim to be speaking for all of Europe are almost always actually only trying to get the best deal for their particular country. So for example, the French want to make sure there is as much money and protection as possible for small farmers (and in so doing incidentally often preventing African farmers from selling into Europe, which would surely be a greater good for humanity as a whole), because that is a key French interest group they want to protect, not because they think it is an important strategy for Europe as a whole. In other words unlike in a nation state, the interest of the entire population (or electorate as they would be in a single country) are not aligned with the leadership, who are all working for their own particular set interests.

In Portugal itself, there is virtually nobody who thinks Portugal should even considering leaving the Eurozone, let alone the EU. The promise of the never ending flow of money from the EU taps is too tempting to turn down, so there is little hope of Portugal every raising its voice against the European project. It does not escape the notice of some business owners, that being part of the single currency area does not allow for a drop in the national exchange rate to compensate for a lack of productivity growth, which means it gets harder and harder for Portugal to export, whilst for the ever more productive Germans and their neighbours, it becomes easier and easier. In that sense, you have to think that the Eurozone serves the efficient northern European countries rather well by giving them an artificially depressed exchange rate, so it is worth their while shipping over a few billion Euros to Portugal and the rest of the profligate South every year, if only to make sure that they can spend it on imports from the North. You have to wonder though if the UK does leave, would the whole EU project eventually begin to unravel under the weight of its contradictions?